There’s a Madman in the White House 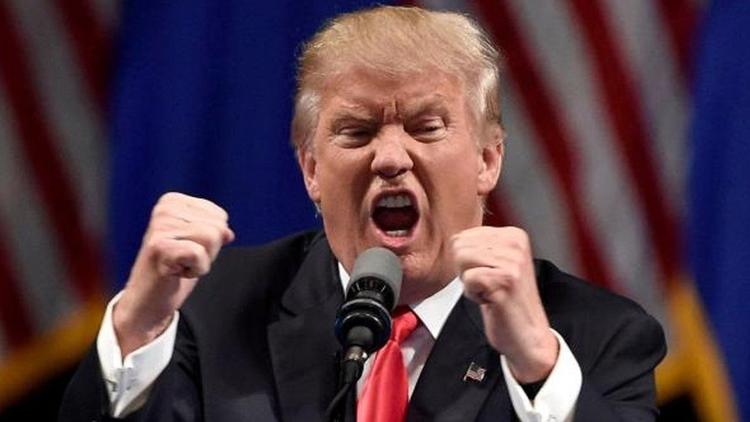 “You nailed him!” is the typical response I received on Twitter after the assassination of Iran’s top general. My audience was referring to the concerns I had regarding Donald Trump leading up to the act of aggression, precisely the psychological danger I and 800 other experts warned against. These mental health professionals joined me in petitioning Congress to consult with us about this danger.

Militarily and legally, no accusation of the president can or should be made without definitive proof. Psychologically, however, one is capable of generating a formulation of a person, testing it against data, as in a scientific experiment, and confirming it before events happen. When it is strengthened over time through continual information and repeatedly tested against real events, it sharpens to great precision. In the presence of pathology, further, we can better anticipate behavior.

Before there is a wag the dog maneuver to distract or to rally support, there is the predisposition. It feels uncanny, indeed, to have such a grasp on someone so as to be able to predict just the kind of military move he would make within approximately 12 hours of his making it—so much so that, when DCReport asked me to do an analysis of Rudy Giuliani 24 hours earlier, I complained: “But … Donald Trump is about to erupt in Iran!”

The afflicted person, outraged at the deprivation of the adulation to which one feels entitled, becomes blind to other concerns such as the safety of others or the self.

From the forums at the World Mental Health Coalition, I know that many other professionals feel they equally have their fingers on the president’s psychological pulse. With our own patients, when someone represents a safety risk, we have our antennae up to be sure that we feel confident about leaving them in the community. While the president is certainly not our patient, it is like having someone who is an extremely high safety risk out in the community: we had better understand him well. And well we do.

A Threat to the Nation

Indeed, almost all colleagues to whom I have spoken about this tell me that they know the president better than any patient they have had in their entire careers. This exposes the fallacy that has been promoted during this presidency that we should not be able to tell anything at all without a personal examination.

I know this to be untrue not only from the scientific literature but because of my own grandfather, to me akin to Dr. Bernard Rieux in The Plague. My grandfather did not leave the devastated areas of Seoul after the Korean War, as he became famous for turning down every high office and deanship at medical schools in order to treat patients day and night. After decades of working 20-hour days almost non-stop, he was accurately diagnosing strangers upon their merely passing into the doorway of his office; later tests were said to be superfluous.

If this were possible for an internist, for whom the examinable parts are hidden, it is conceivable that it is possible with some aspects for a psychiatrist, especially since the parts we examine are fully exposed. What is important is that we rigorously confirm what we know and do not know and be responsible for what we say.

And when we see something reaching unequivocally crisis point, we should say something.

So what is happening with the president? It is what my esteemed colleague and former  the Unit on Family Therapy Studies* at the National Institute of Mental Health, Dr. John Zinner, has warned about: “narcissistic rage.”  He joined me in leading the petition to Congress for, he believed too that while impeachment was important, Donald Trump had the real potential to become ever more dangerous as his condition progressed, as a threat to the safety of our nation. Short of his sole command over nuclear weapons, there were “many other dangers he can pose by the use, fueled by rage, of his assumed absolute executive authority, and by the loyalists who serve him.”

As one of the nation’s top researchers of narcissistic disorders, Zinner assessed that Trump’s sense of worth is “entirely dependent on admiration from others… To cope with the resultant hollow and empty feelings [from criticism] he reacts with what is referred to as narcissistic rage.” Unable to take responsibility for any error, mistake or failing, he would not only attack the perceived source of his humiliation but deflect the blame onto others. We see this happen repeatedly through history when such disordered individuals take power. Not only does an already inflated self-image morph into grotesque delusions of grandeur, but any threat to those delusions of the self can and have been met with cruel retaliation, institutional ruin, scapegoating, devastating wars and genocide.

Anyone who has seen attacks of narcissistic rage knows it can be brutal and destructive. The afflicted person, outraged at the deprivation of the adulation to which one feels entitled, becomes blind to other concerns such as the safety of others or the self. Upon collapse of one’s grandiose image, which required adoration to buttress, one is no longer capable of repressing the painful feelings of inferiority and inadequacy that resurface. This experience is more menacing than any existential threat could be. Access to weapons or war-making power in such a state is extremely dangerous, for they become highly attractive as a means for restoration. Mistakes of the past, such as aggression in the Middle East, are likely to repeat in more serious form rather than be avoided.

Impeachment is the ultimate rebuke of a president. As a quick Senate acquittal appeared less likely with the House’s delay in delivering the articles of impeachment, Trump’s promotion of QAnon conspiracy theories and his description of himself as “heaven sent” the week before are indicators of his growing narcissistic rage. A collaborator and former CIA profiler, Dr. Jerrold Post, had expressed his concerns through a paraphrase of the Welsh poet Dylan Thomas: “He will not go gentle into that good night, but will rage, rage at the passing of the light….  And what that rage will do to international relations is really too scary to contemplate.”

Dr. Bandy X. Lee is a forensic psychiatrist at the Yale School of Medicine, president of the World Mental Health Coalition, and editor of The Dangerous Case of Donald Trump: 37 Psychiatrists and Mental Health Experts Assess a President.  Her maternal grandfather, a renowned internist, was Dr. Geun-Young Lee.

*Correction: Dr. Zinner’s position was misidentified in an earlier version of this article.