Home » Featured Story » How AT&T, Comcast and Other Telecom Giants Have Won the Internet … Forever

How AT&T, Comcast and Other Telecom Giants Have Won the Internet … Forever

What’s In Store for You Online? Higher Prices, Fewer Voices.

Two major developments this week promise to change the way you access and use the internet, both for the worse.

First, AT&T won approval Tuesday from a federal judge to purchase Time Warner, which owns CNN among other properties. Donald Trump had opposed the $85 billion deal, his comments laced with invective against CNN’s coverage of him. The deal cannot close for at least six days so the Justice Department has time to appeal if Trump so orders.

The ruling by Judge Richard Leon is likely to signal more mergers among telecom giants, something I wrote about four years ago as a major economic and political problem when Comcast tried to buy Time Warner.

While there is reason to feel some sympathy for AT&T because of Trump’s personal grudge and its lack of news channels and movie studios like those owned by competitor Comcast, consumers benefit when we have more competition, not less.

The second adverse development came the day before with the end of net neutrality—treating equally all users of what we used to call the World Wide Web.

In this action by the Federal Communications Commission, the Trump administration embraced what the cable companies know is good for them, but not what’s best for you.

This major policy change is one more example of the bait-and-switch con artistry of Trump, who said he would drain the swamp and has since turned Washington into a profiteering paradise for swamp monsters, as shown below.

The big internet service providers are now free to put their own content on superfast lanes of what we used to call the Information Superhighway while shunting competitors onto the cyberspace equivalent of rural Irish roads where wandering sheep often block the way.

In time we may see these companies block or strangle traffic from websites that criticize them or Trump, something government cannot do directly. Now that the Trump administration has given these corporations what they want to maximize their profits and limit who gets access, any effort by them to throttle critics will likely become a court test of First Amendment suppression-by-proxy.

Remember that Trump wants the law changed from the open debate of the First Amendment to banning any articles that he does not like.

Trump, before taking office, has said that no one should be allowed to publish articles about him that he does not like.

Such is the way of dictators everywhere—shut down speech you dislike, prosecute your political opponents and use litigation to wear down your critics, especially news organizations. Trump admires dictators from Kim in Pyongyang to Putin in Moscow to Xi in Beijing to Duterte in Manilla to emerging dictators like Erdogan in Ankara.

Don’t expect prompt, bold and obvious moves by internet service providers to limit what you see in your browser or the ease with which shows produced by competitors stream to your television. The big cable companies are too sophisticated to do anything so obvious and blatantly detrimental in the public square.

Instead, expect incremental changes phased in over months or years, changes done subtly so you are likely to notice little to nothing as the Internet gets remade from a robust source of information, political discourse and intense competition for audiences into a corporate managed public square. Only strong and sustained public pushback may persuade internet companies to not throttle competitors and views they dislike, but since most of America has only one to two high-speed options for internet access, pricing may prove more powerful than fairness to consumers.

Ending net neutrality is part of a larger trend toward narrowing voices into a range favored by big corporate interests, which do not want their power and perks questioned except in the mildest way.

It’s the cyberspace component of a decades-long trend that has turned many public spaces into private places. Think of how retail has moved from storefronts on downtown public streets to malls, where protesters and independent musicians, petitioners and speakers are generally banned.

In his inaugural address, Trump said “we are transferring power from Washington, D.C. and giving it back to you, the American People. For too long, a small group in our nation’s Capital has reaped the rewards of government while the people have borne the cost.”

Pai’s policies fit neatly with those of his former employer, which got tens of billions of dollars of subsidies for a fiber optic system that it never finished building, as I have shown here and former telephone company insider Bruce Kushnick has shown here. The fiber optic systems were paid for in Massachusetts, New York and New Jersey.

I have shown how both Verizon and AT&T have worked hard to end universal access to mere telephone service, a government policy that allowed people to work where they live in sparsely populated areas like the Dakotas, Montana, Nebraska and West Texas.

Even in densely populated New York City, there are apartment buildings with fiber optic lines running down the street, but no service. When Verizon believes too few people would sign up to make its service profitable, it just refuses service despite the laws and contracts it signed to make its Fios available.

He also insists that any internet service provider that slows the flow of content created by its competitors, most of whom own television and movie studios, will have to deal with another agency, the Federal Trade Commission. In other words, Pai is like Trump: Make big promises, stay vague on specifics and shift responsibility onto others. 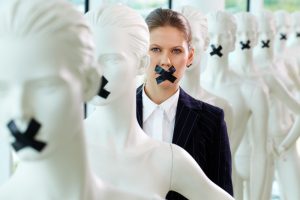