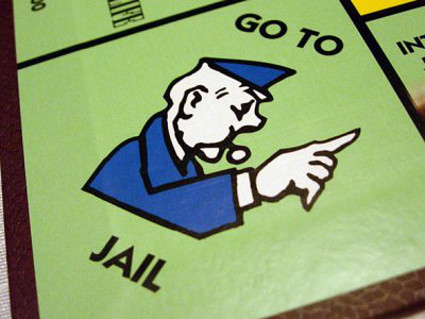 Finding Punishments to Fit the Crimes

When you think Trump should face punishment for seriously bad behavior or revel in it, you might admit that what we have at this moment is a governmental crisis that defies easy expectation.

We know that we have a White House that has no respect for Congress, and a Democratic-majority House that seethes over a president getting away with well, several somethings, if not prosecution. And now, just to show he’s over any challenge, Trump is thumbing his nose at answering any questions from House chairs who want to pursue their Constitutional duty for governmental oversight.

Trump is thumbing his nose at answering any questions from House chairs who want to pursue their Constitutional duty for governmental oversight.

The result so far, as we saw last week, is to recommend contempt of Congress—and me—for Attorney General William P. Barr. But wait, there are already promises of more for say, former White House lawyer Don McGahn, should he decline a subpoena to testify, or any number of cabinet secretaries who now have the Trump license to tell the House leaders to go pound sand.

The problem is that no one quite knows what contempt means, other than the obvious malodor of disrepute. As a result, there’s no specific practical plan moving forward to figure out how to enforce contempt, other than to use the phrase as often as humanly possible on cable TV political shows.

So far as we can tell, the attorney general can still go about his business unimpeded, indeed even choosing to ignore the next call from Congress about the Mueller Report, any FBI investigation, his own investigation of the “origins” of the Mueller investigation, or whether to have a Fourth of July party at the Department of Justice.

Generally, the threat of contempt has been enough to goad negotiators into finding some kind of compromise. But not this crowd. If anything, relations between individual Democratic congressional leaders and the White House are worsening.

We cannot expect any viable, public explanations from the White House about immigration policy, about its failure to reunite children from migrant parents, about its campaign to undercut health policies and declare Obamacare illegal and dead, about any lack of gun control policies and school safety, about the effects of deregulation and widened pollution possibilities on the environment, on aid for communities that will suffer increasingly harsh results of climate disruption.

Here are the possibilities:

Thinking Through the Consequences

Any parent knows that before you discipline your kid, you’ve thought through what it might mean to have grounded him or her for a month, and that punishment is not enough to right the original wrong.

In this case, Barr refused to give an unredacted copy of the Mueller report—or about 40 of them—to members of the Judiciary Committee, and he snubbed a subpoena. The next one of these will be telling the Oversight Committee to stick its subpoena or the Intelligence Committee that there is no reason for the individual to appear.

Punishment is effective if it is believable. Solving the problem is even better, however.