Mental Health Experts: Why the Next Four Months Could Be Really Dangerous 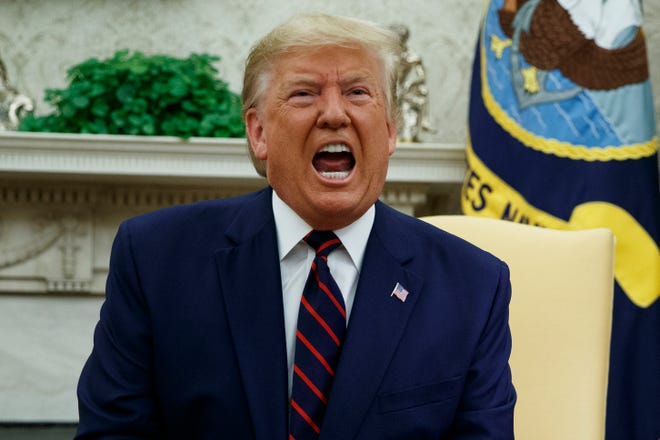 Trump’s Narcissism and Antisocial Disorder Have Taken Over; He Is Unraveling in Plain View

Donald Trump on Friday commuted the sentence of his crony, Roger Stone. As Mitt Romney tweeted, “Unprecedented historic corruption: an American president commutes the sentence of a person  convicted by a jury of lying to shield that very president.” So the president of the United States takes action to help his buddy, a convicted felon, but he cannot take decisive steps to combat the coronavirus pandemic and save lives. This is an act of corruption of the highest order. And this is an example of Trump’s mental disorder and a stark preview of his unraveling over the next four months leading up to the November election.

Heading to the November election, Trump’s mental disorder will continue to unravel in the face of mounting pressures and stress.

Now, Trump has found a new foil and is attacking Anthony Fauci, a highly respected public health expert. Dr. Fauci has served in five presidential administrations. He relies on data and science. Trump trying to discredit Dr. Fauci is a desperate attempt to blame him for Trump’s own catastrophic handling of the deadly pandemic.

And it is another reflection of the gravity of his mental disorder. What we are seeing in plain view is a narcissistic and antisocial president who is unstable and unraveling daily. He is faced with falling poll numbers, a ferocious and ignored pandemic, an economic recession that he caused, a damaging tell-all book by his niece and defeats by the Supreme Court.

Since taking office, Trump’s mental disorder has been in full display.  Story after story has been written about his grandiose view of himself; his 19,000 lies to the American people, his bullying, his vindictiveness, his unprecedented breaking of norms, his reckless behavior, his total lack of empathy, his use of projection, his refusal to accept responsibility for his actions and his corruption.

All combined, these symptoms and characteristics and behaviors constitute a mental disorder that is serious and debilitating. And the only way to change a personality disorder is with ongoing treatment, especially psychotherapy.

Added to his personality pathology is the strong likelihood of Trump’s cognitive decline. His vocabulary range has narrowed. His abstract thinking is limited. His reasoning is shallow. He is unfocused. He has difficulty processing complex information. His decision-making is impaired. His judgment is poor. He often appears listless and apathetic. He repeats simple words and phrases over and over. He cannot shift and adapt. His gait can be abnormal. He had trouble drinking a glass of water with one hand.  Trump’s cognitive decline could be reflective of dementia; such cognitive problems gradually get worse, not better. Heading to the November election, Trump’s mental disorder will continue to unravel in the face of mounting pressures and stress. He will become increasingly erratic, unstable and desperate. His display of power and corruption may not be hidden any longer. He will take great measures to suppress voter turnout. He will incite racism and a culture war. He will blame and scapegoat others. He will engage in escalating rants, tweets, name-calling, accusations, overt threats, projections, bullying, lies, gaslighting, triangulation, obstruction and whining. His thinking, reasoning, decision-making and judgment will continue to wane.

The next four months will be unnerving and unsettling for sure. Trump is unraveling before our eyes.

Alan D. Blotcky, Ph.D., is a licensed clinical psychologist in private practice in Birmingham, Ala. He is clinical  associate professor, Department of Psychology, University of Alabama at Birmingham.