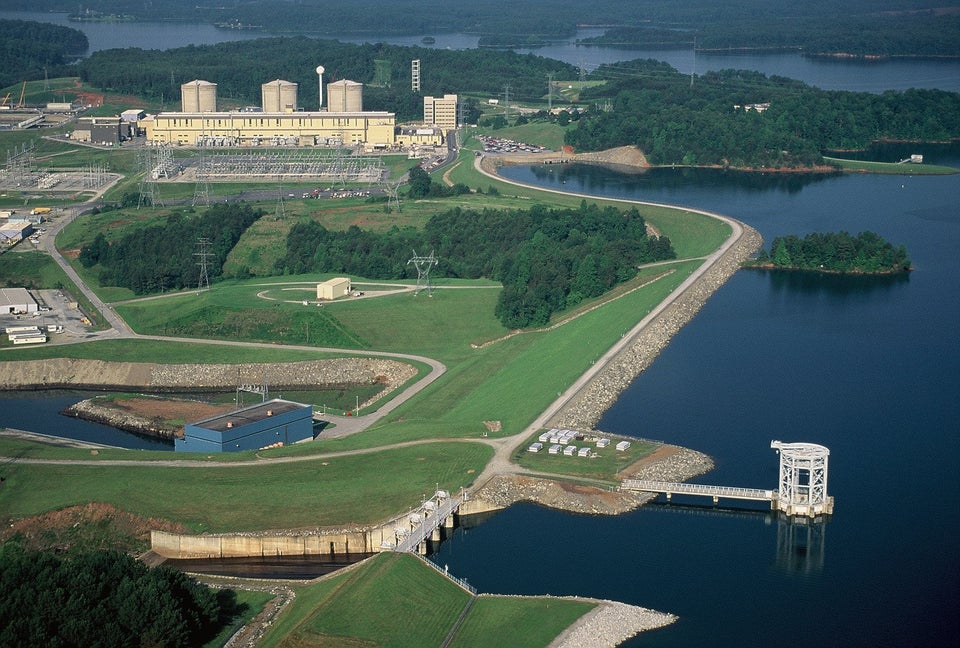 Alice Fleming Guzick and her husband, Bill, have been living at their lake house on Lake Keowee in South Carolina since the coronavirus pandemic started. She likes to paddleboard and kayak there.

Trump and Radical Republicans stripped environmental protections from lakes such as the one Guzick lives on when the EPA and the Army Corps of Engineers repealed former President Barack Obama’s Clean Water Rule and replaced it. Environmentalists say the change removes lakes such as Lake Keowee from being protected under the landmark Clean Water Act, which could lead to industries dumping pollutants in them.

“If the lake were polluted, I would not feel safe being in the waters of Lake Keowee,” said Guzick, a master gardener and member of the National Wildlife Federation.

Great blue herons nest in trees along the shores of the 26-mile-long lake, built in the 1970s to cool the nuclear reactors of Duke Energy’s Oconee Nuclear Station. Cooter turtles bask on fallen trees near the lake; crappie, bluegill and bass swim in its waters. The lake provides about half the drinking water for Greenville Water.

The Edison Electric Institute, which spent almost $9 million on federal lobbying in 2019, asked the EPA to classify “cooling ponds” as waste treatment systems that don’t get federal clean water protections. The institute, which represents electric companies, claimed this exclusion already was part of federal regulations.

“Courts have not always been consistent in their interpretation of the application and scope of the exclusion, and it has been misconstrued by citizen groups,” the institute wrote.

The institute’s former board chair is Lynn Good, the president and CEO of Duke Energy.

The South Carolina Coastal Conservation League and other environmental groups sued EPA Administrator Andrew Wheeler in federal court over the Trump rule. They said it removes protections for millions of miles of streams, including some used for canoeing and kayaking, and 10s of millions of acres of wetlands that had been in place since the 1970s.

At least a dozen manmade lakes such as Lake Keowee could be affected, including Lake Monticello Reservoir in South Carolina, Woods Reservoir in Tennessee, Lake Juliette in Georgia and Hyco Lake and Sutton Lake in North Carolina.

“They didn’t even acknowledge they had done it,” Frank Holleman, an attorney with the Southern Environmental Law Center, said of the change in regulating cooling ponds.

Peter McCoy, the Trump appointee who is the U.S. attorney for South Carolina, said in court documents that the agencies were allowed under a legal doctrine to rewrite environmental rules. McCoy echoed the legal arguments of Edison Electric Institute, saying that federal rules can exempt “cooling ponds” from federal clean water regulation.

The centerpiece of the Clean Water Act of 1972 prohibits discharging pollutants such as arsenic, mercury and lead from power plants and other industries into much of our nation’s waters without a permit. Thousands of people like the Guzicks live near lakes made by power companies, swimming and boating there and trusting our nation’s government to keep those waters clean.

The Administrative Procedure Act, signed by President Harry S Truman in 1946, sets out rules for how agencies should write regulations. Agencies need to provide good reasons for changing policy and demonstrate that the new policy is consistent with the law.

“When federal agencies make changes in regulatory policy, they have to follow some very strict requirements,” Holleman said.

Even the Science Advisory Board, which the Trump EPA packed with industry-friendly appointees, found that the proposed rule “does not incorporate best available science” and that it decreases protection for our nation’s waters.

“We find that a scientific basis for the proposed rule, and its consistency with the objectives of the Clean Water Act, is lacking,” wrote board chair Michael Honeycutt.

Team Trump lost 69 of the 83 federal lawsuits about the environment, energy and natural resources decided through mid-September, according to research by Bethany Davis Noll, the litigation director at the Institute for Policy Integrity at the New York University School of Law.