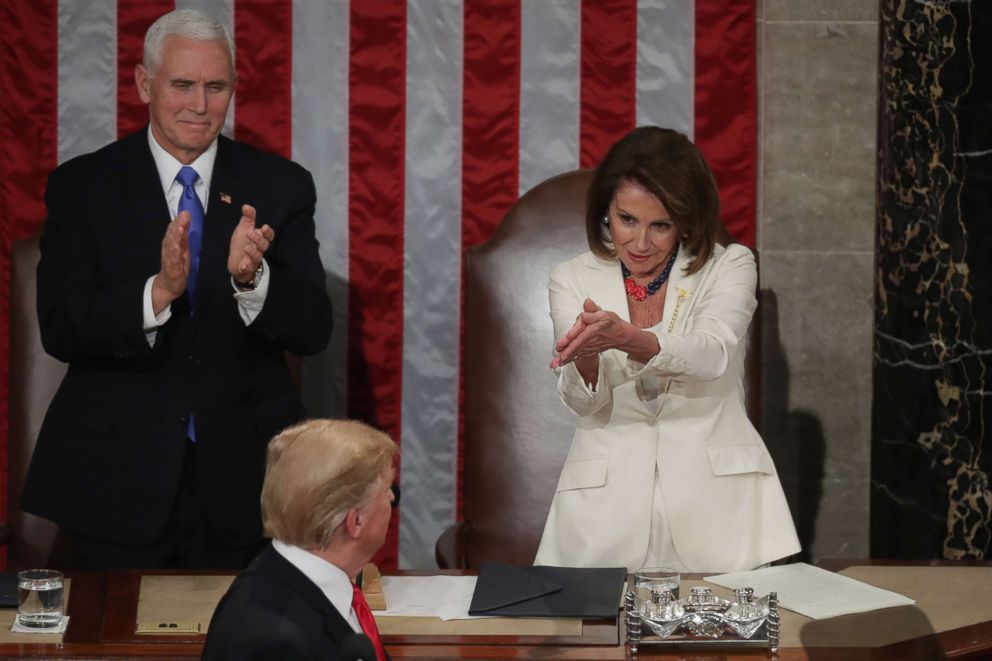 Sarcastic or Sober, Trump Will Be the First President Delivering a State of the Union Speech with Impeachment Hanging Over His Head

It ought to be an interesting task for Donald Trump’s speechwriter – presuming Trump decides to stick with a script for the State of the Union address tonight before the same Congress hearing his impeachment.

With acquittal assured by the narrow Senate majority, it has got to prove an almost impossible lure to the ever-impetuous, ever-bombastic Trump to declare victory over those arrayed before him with a stream of sarcasm and beam of over-confidence. After all, he did nothing wrong, right – even though he is facing even Republican senators who think what he did was indeed wrong, if not impeachable, as they are due to say formally tomorrow.

With acquittal assured by Senate, it has got to prove an almost impossible lure to the ever-impetuous, ever-bombastic Trump to declare victory over those arrayed before him with a stream of sarcasm and beam of over-confidence.

At the same time, there must be someone on his staff who is going to press Trump to hold back from verbally chastising those who have pursued what he calls the hoax.  Someone has got to remind Trump that he is there as an actual governing president and not as an aggrieved presidential candidate.

Still, I doubt that most will be breathlessly awaiting word of another tax cut, of a budget to build out new nuclear missiles, of celebrating the value of vastly more deregulation to come or of this year the never fulfilled beautiful health plan.

No, what we’re waiting to see is which Trump shows up. Is it the boastful, self-aggrandizing, gloating Trump who is beating back the challenge to his presidency? Does a slightly more sober Trump appear, one who actually is going to discuss bipartisan consideration of policy affecting infrastructure, jobs, immigration and public health?

For this president, who cannot distinguish a purely political event from a governmental one, or an issue of strictly personal benefit from one that pursues the nation’s public interest, the annual speech represents a momentarily intriguing choice. While the pending Senate vote will be labeled acquittal, a sizeable number even among Republican senators is indicating votes will be for something far less. Most senators will say Trump was  “inappropriate” in pressuring Ukrainians to find dirt on opponent Joe Biden, but the wrong does not deserve removal from office.

That, of course, is not what Trump is claiming. He wants total vindication and a finding that there was no intricate plot, that everything he launched toward pressuring Ukrainian officials to help his personal political campaign was “perfect” and totally kosher.

The choice is important, of course, if there is any hope of emerging from a divisive impeachment effort with any form of healing – or on making it the knife’s edge of a permanent halving of the nation.

Few would bet on any humility or recounting of lessons-learned showing up in the Trump speech.

The physical show of the State of the Union places Trump right in front of Speaker Nancy Pelosi, whom Trump now calls “Crazy Nancy,” and a Democratic House majority that Trump readily ridicules as “do nothing,” “left-wingers and socialists” and “hoaxers.” Of course, last year, we had the pleasure of watching Pelosi offer Trump what certainly read as sarcastic applause from the chair behind him simply by aiming her hands in a way that seemed to speak without words.

The president’s penchant for taking personal credit for everything positive in this world while ignoring anything that isn’t positive has become routine.

This speech will be a chance for him to recall phenomenal economic achievements, despite the fact that his three years have reflected a continuation of the successes of the last decade and despite the fact that the economy continues to grow at a 2% annual rate. His speech will take credit for economic victories over the Chinese, using tariffs that have spelled problems for U.S. manufacturers and farmers, prompting overall job loss in affected sectors. He will praise his own security moves in the Middle East, including the fatal missile strike against Iran’s top general, Qassim Suleimani, without discussing how close the move brought us to war, and his issuance of a Mideast peace plan that totally excluded talks with the Palestinians, who, of course, are in the streets expressing their exasperation.

This speech will be a platform to re-endorse anti-immigration efforts, school prayer, anti-abortion efforts and the confirmation of nearly 200 conservative judges without acknowledgment of the power of each to deepen divisions. The speech will praise the creation of a Space Force, adding to military cost without clear direction; will salute his international efforts, forgetting to mention that he has further isolated the United States from its allies; and his puny efforts to date to lower prescription drug costs.

In other words, the State of Trump’s Union will be a political campaign speech.

The only question is whether sarcastic Trump or sober Trump shows up to deliver it.