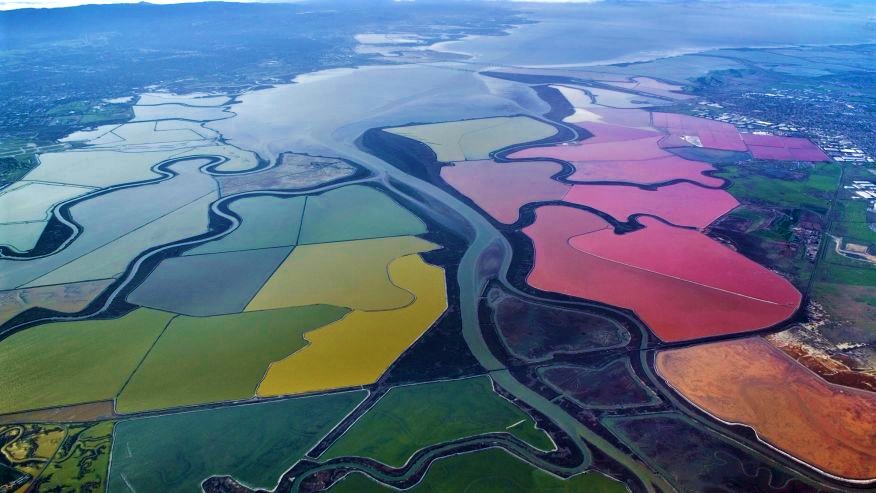 A federal judge rejected an attempt by the Trump EPA to classify saltwater ponds near the San Francisco Bay as “merely a component” of a salt plant’s “industrial processing activity” that shouldn’t be protected under the Clean Water Act.

Judge William Alsup wrote that the Trump EPA “misapplied the law” and ordered the agency to reevaluate the salt ponds. Cargill Inc., the nation’s largest privately held company, wanted to develop nearly 1,400 acres of the shoreline along the San Francisco Bay in Redwood City.

Climate disruption is expected to cause the sea level of the San Francisco Bay to rise 4 to 15 feet over the next 30 to 50 years.

Cargill Salt, a subsidiary of Cargill Inc., and DMB Pacific Ventures, an Arizona developer, wanted to build thousands of homes on the site. Climate disruption is expected to cause the sea level of the San Francisco Bay to rise 4 to 15 feet over the next 30 to 50 years.

‘Not Paving the Bay’

“The ponds belong to San Francisco Bay, and Cargill should return them to the public for permanent protection within the San Francisco Bay National Wildlife Refuge,” said David Lewis, executive director of Save the Bay. “We’re not paving the bay anymore.”

Save the Bay, California Attorney General Xavier Becerra, and three other environmental organizations sued the EPA and EPA Administrator Andrew Wheeler over the agency’s March 2019 decision not to protect the salt ponds under the Clean Water Act.

That decision contradicted a decision by the San Francisco district of the EPA and a 1978 court ruling about the salt ponds. The draft decision by the EPA was leaked to U.S. Rep. Jackie Speier (D-Ca.) who put it into the Congressional Record.

People have harvested salt from the salt ponds since the Ohlone Native Americans and later the Spanish missionaries. Leslie Salt Co., which was bought by Cargill, built a plant to process the salt from the evaporated seawater.

The first law about water pollution, the Rivers and Harbors Act, signed by President William McKinley in 1899, prohibited dumping garbage into rivers and other bodies of water so that boats could operate. Liquid sewage was ok.

Ever since then, our nation’s water pollution laws have focused on “navigable waters.” The Redwood City salt ponds historically have been navigable.

Animal hides were shipped through Redwood Creek estuary in the 1830s, and fishermen gathered oysters from tidal flats in flat-bottomed schooners. Chinese shrimpers harvested shrimp. Cargill uses a floating dredge to do maintenance on the ponds. Birds nest at the salt ponds, including the threatened Western snowy plover.

But Lee Forsgren, an EPA deputy assistant administrator, said the salt plant and its ponds were actually “fast land” that wasn’t subject to the Clean Water Act. He cited Leslie Salt Co. v. Froehlke, a Ninth Circuit decision from 1978.

Alsup noted that the Leslie Salt decision was about the same salt ponds in this case and that the judges decided the ponds were covered by the Clean Water Act.

“The ponds themselves. . .remain subject to CWA jurisdiction because they are wet,” Alsup wrote.