The Only Real Election Fraud Came from the Republicans 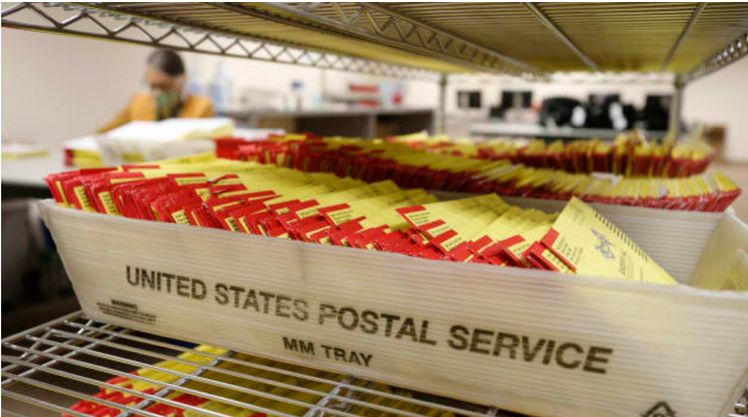 Trump and His Cronies Tried to Discredit Mail-In Ballots; When That Didn’t Work, They Just Didn’t Deliver Them

As Joe Biden had a bare lead in Pennsylvania and Georgia—Georgia, of all states—Trump and his campaign screamed fraud.

Then again, they started pretending votes not favoring them would be illegitimate before the first one was ever cast.

Those so-called illegal mailed-in votes are permitted under various state laws so long as they arrive within deadlines. The votes are the quintessential expression of freedom of speech and petition for redress of grievances afforded under the First Amendment.

The wounded and limping Trump machine wants everyone to forget that the actual irregularities were all created by the current administration.

And there were irregularities. What the wounded and limping Trump machine wants everyone to forget, however, is that the actual irregularities were all created by the current administration.

The United States Postal Service had enormous failures to deliver mailed ballots by Election Day, a cut-off point for many states. Potentially decisive numbers of votes remained undelivered, according to reporting from The Hill. About 300,000 pieces lacked a delivery scan.

That number might seem insignificant in the face of 101 million early and mailed-in ballots before Tuesday’s in-person vote. But consider margins of victory.

In Georgia, as of Friday morning, Biden led by fewer than 2,000 votes, according to Politico’s counter. For Pennsylvania, the difference was fewer than 7,000.

Nearly 7% of ballots in USPS sorting facilities on Tuesday were not delivered in time, according to data filed with a federal court and reported by the Washington Post. USPS officials defied an order from U.S. District Judge Emmet G. Sullivan of the District of Columbia to perform a sweep across a dozen facilities that served 15 states.

The Hill’s John Kruzel reported a USPS response, which said that “ballots were delivered in advance of the election deadlines,” it “employed extraordinary measures to deliver ballots directly to local boards of elections,” and that “by design, these ballots bypass certain processing operations and do not receive a final scan.”

Perhaps. Perhaps not. But that offers no reassurance. Trump and company have done everything in their power for months now to discredit mail-in voting. From attempts to generally undermine the postal system to actions that specifically undercut mail-in voting when the need to do the opposite was apparent and predictable.

Yes, there are states Trump won (although taking Florida by 3.3 percentage points is not massive, as he claimed during his disjointed and deceitful press conference. It pales compared with Biden’s 33-point lead in Massachusetts or 32.1 points in California. And there are states he lost. But the issue is far larger than whether Trump or Biden takes the oath of office on Jan. 20.

Every election with more than one candidate sees, by nature, winners and losers. The gleeful and the despondent. The one constant must be the integrity of the process and widespread faith that it works and can be trusted.

In their slavering power lust and blindness to principles of democracy and constitutional governance, Trump and Radical Republicans prove themselves unprincipled. They have demonstrate the willingness to do, say and destroy anything standing between them and political control.

By trying to pretend legitimately completed and received votes are otherwise, Trump and his coterie have lit a match. They are willing to burn election mechanisms and the future of the country for another round at the buffet trough.

The attempt to delegitimize ballots legally received and counted, according to each state’s laws, won’t be the end. There are all the lawsuits the Trump campaign and GOP have filed to stop counts, but only in states where Trump has remained ahead. When Trump is behind, things should continue on the off chance he might gain an advantage.

There is the potential for faithless electors to deny their responsibility and vote for someone else. That’s an end called for by some Democrats when Trump won in 2016. Compliant legislatures, at GOP urging, creplace slates of electors with those who will follow the party line. Even after the mid-December meeting of the Electoral College, Congress can raise objections about the votes from any given state in early January.

The long path ahead, though, it critical to complete and hold steady. Whether one favors Democrats, Republicans, Libertarians, Green Party members, or any other group, the country cannot function without recognizing that some things are more important than winning or party loyalty. Those who would pull down every protection and guarantee to advance their cause must be the ones who lose decisively and completely.