Racism in the Pentagon and Higher 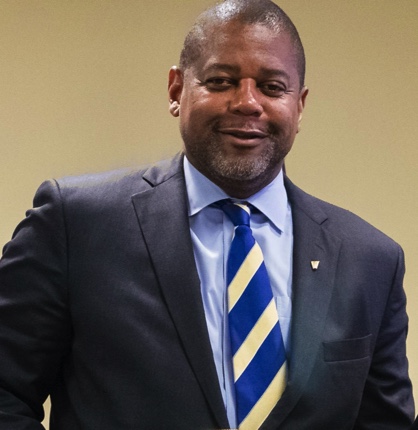 The case of a dismissed civilian at the Pentagon captures the Trump administration’s campaign to eliminate top Black managers, Donald Trump’s obsession with any move by Barack Obama and the White House’s sneer at diversity in the federal workforce.

Reporter Alicia Mundy’s tale in DCReport.com about one person’s hell sketches the broader efforts toward making the highest civilian ranks of our government as white as possible, and running two, months-long secret investigations of the employee in violation of Army rules over relatively silly issues before demoting and firing him.

It is something that demands an independent review outside the standard employer-leaning merit review processes. As things stand, the very person fingered as an aggressor here is part of the judgment process.

It is a case that underscores race as a central theme for the elections.

There’s too much antipathy dripping from this case to think that the Army will handle fairly the demotion and dismissal of a Black manager who had been celebrated for success in promoting diversity.

And it is a case that underscores race as a central theme for the elections.

The combination of politics, Army protocols, an apparent personal dislike for this manager by his boss and a subordinate, the rules for appeals of dismissals and an overlay of racial attitudes by the Trump administration make this an especially bad case. Bad cases make bad law – or administration, of course.

This case involves Warren S. Whitlock, 62, a deputy assistant secretary for the Army for diversity and leadership. Mundy has detailed testimony and depositions showing that despite Whitlock’s successful stint running diversity efforts in the Department of Transportation under Obama, Whitlock’s transfer to a similar position for the Army as Trump was taking over was doomed almost from the start.

When Whitlock finally made a clerical error – posting an apparently irretrievable performance review draft by wrongly hitting Send – it was reason for dismissal by a boss who, herself, has been a proponent of keeping the names of Confederate generals on bases in a time of heightened talk of redressing our racist history.

That superior, Diane Randon, and a subordinate appointed by Randon also launched two other investigations over seemingly routine matters against Whitlock in apparent breach of her own Army protocols and without informing him. Basically, Whitlock was set up for failure, captured in a low performance grade by Randon that was the opposite of all previous evaluations of Whitlock.

This is the Trump administration that has ordered a halt to diversity memos and trainings for federal agencies, including the military. Donald Trump says they reflect a view – correctly, for me – that America has an institutional racism problem. Trump said this was necessary to “combat offensive and anti-American race and sex stereotyping and scapegoating.”

Trump also is issuing new rules this week to strip vastly more federal employees of Civil Service protections and re-categorize them in a way to make dismissals easier.

Already, only the tiniest percent of Merit Systems Protection Board of dismissals get overturned in federal appeals processes. But that assumes the board is presented fairly with actual details of its cases.

The details of the Whitlock case only came to light through questioning: A Black diversity officer promoted by Obama is dismissed by Trump appointees rather than say, reprimanded or better yet, taught how to use the outmoded computer system in the case, for a wrong keystroke, under an employee system that is too hide-bound to look very closely at the reasons.

It seems beyond the scope of the review to ask whether the administration has a larger campaign in mind. Mundy’s reporting shows that no other Army civilian has been fired for a similar “administrative error,” specifically for “accidentally uploading a wrong document.” That fact emerged only under questioning by an administrative law judge.

A 2018 Trump executive order discouraged settlements between federal agencies and employees in job discrimination cases. Even if an employee wins, proving at trial that they were wrongly disciplined or fired, Trump’s order prohibits removing negative information from a personnel file. That makes advancement to a bigger job almost impossible. It also undermines the integrity of government records.

Among other things, Whitlock apparently also was suffering from a serious illness through all of this. He’s out and pretty much ruined as an employable official–at least by this administration. That though resounds with the stories of many who have challenged the outwardly partisan political goals of this administration.

But there are broader questions here, starting with why the superior was allowed to conduct what seems like a campaign against Whitlock, why the Trump administration seems to be going after Black managers and Civil Service-protected federal employees altogether and why Trump himself seems so dead-set against programs aimed at healing racial divisions.

For that matter, why is the Army having the diversity deputy assistant secretary reporting to a superior who is dead set against reconsidering base honors for Confederate generals? What actually is the view of the Army about diversity at this point?

Trump may call himself “the least racist person in the room,” as he did again during Thursday’s debate. But the gap between his mouth and his actions seems pretty huge.