Is This Trump’s Vision for America? 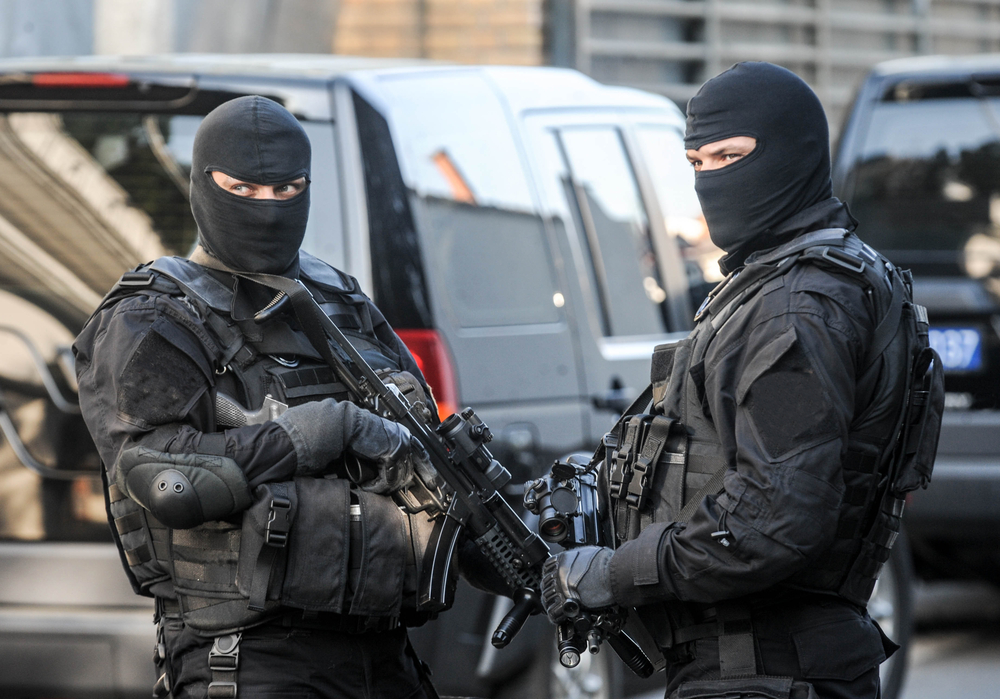 In His Budget, You Can See a Country That Looks Like a Police State

Donald Trump plans to turn the federal government into a much more militaristic and paramilitary policing organization while making drastic cuts in the civilian workforce, including non-uniformed law enforcement, a July 7 budget memo shows.

The memo says that the budget for our government’s 2019 fiscal year, which begins on Oct.1, 2018, “will build on the ambitious plans laid out in the president’s first budget” especially through “reducing the federal civilian workforce.”

No major news organization has reported on the three-page directive from Mick Mulvaney, Trump’s director of the White House Office of Management and Budget (OMB).

The memo refers to increasing spending only on militarism and enforcing immigration laws as part of “broader efforts to streamline government by ensuring that the federal government spends precious taxpayer dollars only on worthwhile policies, and in the most efficient, effective manner.”

Mulvaney instructed civilian agencies to not even ask for more money. His memo requires agencies to identify programs for reduction or elimination. He suggests significant savings can be found by focusing on “waste, fraud and abuse.”

Interestingly, OMB has yet to produce any reports identifying significant waste, fraud and abuse in civilian agencies.

On the other hand, going back decades reports by Inspectors General and by the investigative arm of Congress, the Government Accountability Office, have identified massive waste, fraud and abuse in Pentagon spending,  much of it because of lax financial controls and abetting rampant tax cheating by defense contractors.

Agencies that find ways to streamline spending in one area cannot use those savings to offset costs elsewhere, Mulvaney wrote. This would seem to run counter to the memo’s assertion that Trump policy is to increase the efficiency of government operations.

The Trump budget for fiscal 2018, which begins in less than three months, proposed a $54 billion increase in what is already the world’s largest military budget. Our government spends more on our military than China, Russia, Saudi Arabia, India, France, Britain, Japan and Germany combined.

Mulvaney’s memo asserts that spending much more on the military and on Homeland Security, which has been tasked with rounding up and deporting as many noncitizens as possible, will spur economic growth.

The description of what is worthwhile makes no mention of law enforcement except for immigration. No mention is made of the benefits of other policing. For example, the FBI goes after corrupt politicians and hunts for spies. The Securities and Exchange Commission enforces laws to protect investors, while the Food and Drug Administration works to reduce illness and death from bad products. The IRS pursues tax cheats. The Environmental Protection Agency works to limit toxic pollution that impairs health and kills. And the Occupational Health and Safety Administration works to reduce injuries and death on the job, easing taxpayer welfare burdens in the process.

Mulvaney’s memo also makes no mention of how increased federal spending may facilitate economic growth by enabling the more efficient movement of goods and services through ports and along highways.

Nowhere does the memo indicate how more spending on warfare, much of which by its nature is spent overseas, and on increased immigration policing would result in faster economic growth.

As someone who has studied and written about economics for a half century, I cannot recall ever reading an economics text linking more spending on war-fighting capacity and immigration policing with faster economic growth. Instead, defense and policing costs are usually described as necessary, but unproductive, a drag on an economy.

Mulvaney’s memo made no reference to budgeting for disasters, such as research to avoid a virus like Zika from becoming a deadly pandemic, or investing in the scientific research which has propelled half of American economic growth since World War II, or addressing the natural increase in societal costs as the average age of Americans rises, a trend likely to accelerate under Trump’s anti-immigration and deportation policies.