Strike a Blow Against the US, Get a Presidential Pardon 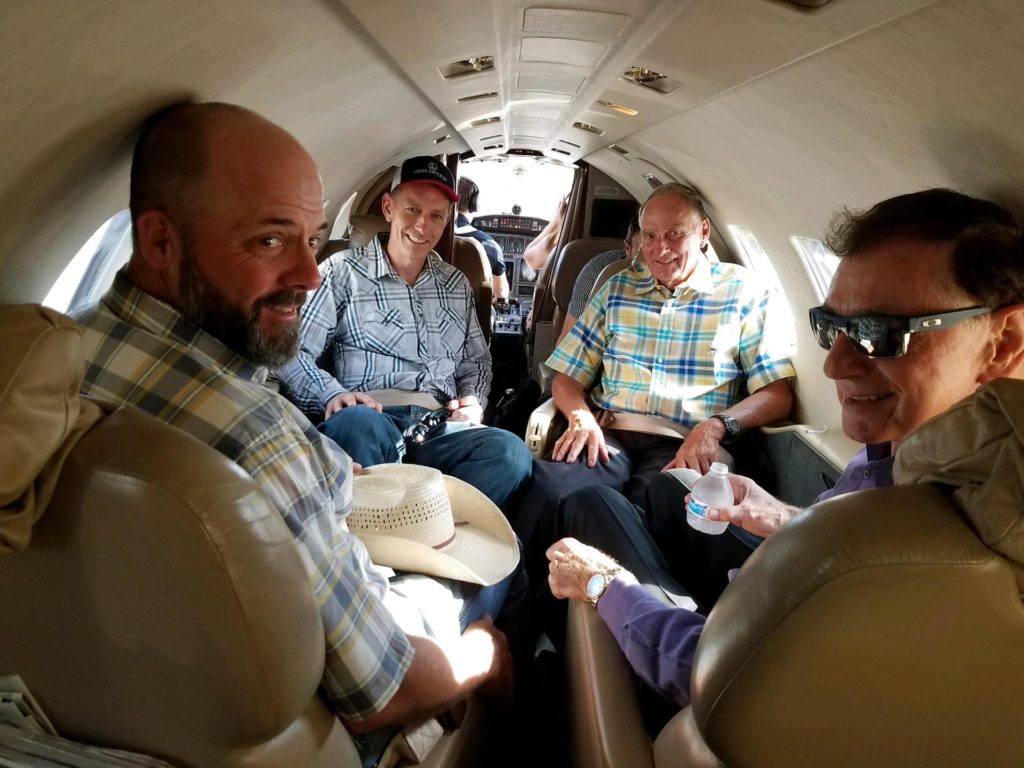 You Don’t Have to Be White to Trigger Trump’s Empathy, But It Doesn’t Hurt

Before the moment slips away in a flood of other developments, Trump dug deep into his empathy bag this week and came up with pardons for the father-son cattle ranchers in southeastern Oregon who were sentenced to prison—twice—on charges of arson on public lands. Their arrests led to a 41-day, armed protest by ranchers in the area.

They thus join convicted leaker Scooter Libby, racist sheriff Joe Arpaio, Indian American conservative commentator Dinesh D’Souza, and African American Alice Johnson, a woman championed by Kim Kardashian, in a program of sporadic pardons that make no sense individually and that seem, as a group, to fall into a pattern of a general Trump campaign against perceived government law enforcement overreaction against right-leaning cases to which Trump’s attention has been drawn.

The return to prison of Dwight Hammond Jr. and Steven Hammond helped spark the 41-day occupation of the Malheur National Wildlife Refuge in Oregon in early 2016. Robert “LaVoy” Finicum, a rancher who acted as the protesters’ spokesman, was killed by a state trooper during an encounter between the armed occupation group and law enforcement—a shooting that led to charges against an FBI special agent.

White House press secretary Sarah Huckabee Sanders said an “overzealous appeal” of the Hammonds’ original sentences during the Obama administration, which sent them back to prison, was “unjust,” adding: “The Hammonds are devoted family men, respected contributors to their local community, and have widespread support from their neighbors, local law enforcement, and farmers and ranchers across the West. Justice is overdue.”

I am trying hard to imagine Trump pardoning armed black men who protested against the government, holding law enforcement at bay with rifles for 41 days. Or for 41 hours. You can’t even get Trump to acknowledge that police agencies might be unfairly singling out black men for stopping or to accept the idea that police are shooting unarmed black men in so many cases coast-to-coast. This is the same Trump that can’t even stand a black man taking a knee on a football field during the anthem to protest.

I am trying hard to imagine Trump releasing someone released from prison for performing an abortion or for aiding a mercy death sought by a relative. The idea just doesn’t wash.

The Hammonds were convicted of crimes that require a mandatory minimum jail sentence of five years in prison. A judge initially sentenced Dwight Hammond to three months and Steven Hammond a year and a day behind bars. The government won an appeal of the sentences in 2015, and the two men were resentenced to serve out the remaining years of a five-year minimum. Dwight, 76, has served three years; Steve, 49, about four.

Imagine Trump pardoning armed black men who protested against the government, holding law enforcement at bay with rifles for 41 days.

Their convictions have drawn sharp reactions from the local community. Local news media outlets in the state have published editorials advocating for a presidential pardon, seeking clemency for the two men.

The federal government owns significant land in the West, which has led to anger from many ranchers over federal policies. Malheur, a remote bird sanctuary in southeastern Oregon, became the epicenter of that dispute when an armed group occupied it after a peaceful 2016 march and rally aimed at supporting the Hammonds shortly before they reported to prison. When the march ended, an armed group led by the rancher Ammon Bundy announced plans to stay indefinitely.

Law enforcement officials, though, argued that the occupiers were separate from the rally that drew hundreds to Burns and came with darker intentions.

“These men came to Harney County claiming to be part of militia groups supporting local ranchers,” Harney County Sheriff David M. Ward said in a statement after the wildlife occupation began. “When in reality these men had alternative motives, to attempt to overthrow the county and federal government in hopes to spark a movement across the United States.”

It is simply difficult to understand how any group wanting to overthrow the government would be eligible for a pardon from a Trump administration that wants to promote law and order.

Featured image: This is a photo published by Protect the Harvest, an anti-animal rights group founded by oil entrepreneur and Republican donor Forrest Lucas, far right. On Wednesday, he picked up pardoned ranchers Steven Hammond, center left, and Dwight Hammond, center right, in his private jet and gave them a ride home to Burns, Ore. The photo was posted the Protect the Harvest page on Facebook.