OSHA Is Out to Lunch During the Pandemic 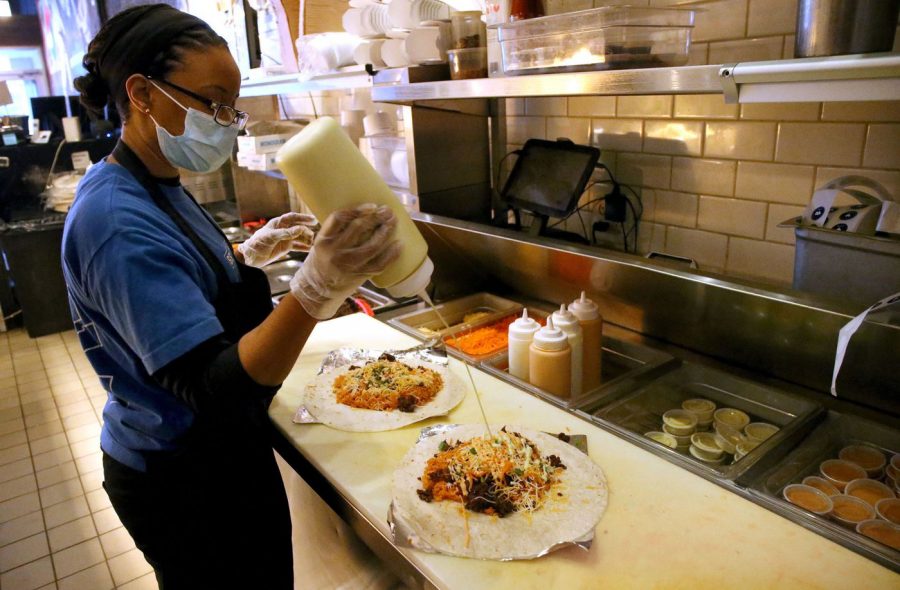 Donald Trump’s super-spreader rallies heading into the Nov. 3. election were egregious acts of idiocy that only helped to worsen the coronavirus crisis nationwide. But his team’s dismissing workplace safety and abandoning whistleblowers in this era has been fueling the virus’ spread since the pandemic began.

The Occupational Health & Safety Administration (OSHA) is supposed to protect workers forced to work while sick or brave enough to blow the whistle on unsafe working conditions. The Trump administration, however, has defanged and defunded the nearly 50-year-old agency to such a degree that it now takes an average of 279 days for OSHA to wrap up a single whistleblower investigation. This leaves workers especially vulnerable.

One in eight workers surveyed reported ‘possible retaliatory actions by employers against workers in their company who have raised health and safety concerns during the pandemic.’

That’s because “COVID does not stay in the workplace,” said Jessica Martinez, co-executive director of the National Council for Occupational Safety and Health (COSH). “Once a worker has been exposed to unsafe working conditions, you are potentially putting the entire community at risk. That worker has to travel — they could be using public transportation. Many farmworkers, too, are living in confined housing conditions where there are a lot of people — these are all risks that increase the spread of COVID-19.”

Nationwide, coronavirus fatalities—which Trump lately dismissed as being fraudulently inflated so doctors and hospitals can profit—number more than 247,000 dead Americans.

Complaints of illegal retaliation against whistleblowers shot up 30% during the first four months of the pandemic alone. The number of OSHA inspectors sent to investigate cases actually dropped from 126 to 120.

“OSHA, has been an under-sourced agency for as long as we know it,” Martinez says. “However, under Trump’s leadership, there have been significant decreases in resources to the agency itself.”

Milagros Barreto, Immigrant Worker Center director with the Massachusetts Coalition for Occupational Safety & Health (MassCOSH), said her group wants the community to have a good relationship with OSHA. But investigators have been known to improperly pry into the immigration status of whistleblowers and even disclose worker identities to employers, she said.

“It’s not supposed to be that way — it’s not the process,” Barreto said.

OSHA also has a way of keeping whistleblowers in a state of limbo after filing retaliation complaints.

One Walmart worker from Ft. Worth, Texas, who spoke on condition of anonymity, said the total disregard for social distancing and Personal Protective Equipment (PPE) at her workplace compelled her to file an OSHA complaint about two months into the pandemic. Since then, however, she has had little if any communication with OSHA and has no idea what action if any has been taken.

“I don’t know,” she said. “I never really heard back from them.”

OSHA maintains that it is committed to conducting whistleblower investigations in a “timely and efficient manner.”

“Those related to COVID-19 have been consistent with previous investigations, which traditionally are closed within nine months,” a U.S. Dept. of Labor spokesperson wrote via email.

No Oversight of Employers

Back in June, the National Employment Law Project (NELP) surveyed 1,100 workers nationwide and found one in eight reported “possible retaliatory actions by employers against workers in their company who have raised health and safety concerns during the pandemic.”

Martinez said, “Employers are getting the green light to sort of do their own policies in the workplace, in terms of whether they want to provide health and safety protections.”

“Employers are and will continue to be responsible for providing a workplace free of known health and safety hazards,” the spokesperson added. “OSHA has preexisting requirements and standards that not only remain in place and enforceable, but also apply to protecting workers from the coronavirus.”

The nation has seen 883,827 new coronavirus cases in the last seven days alone, according to the Centers for Disease Control and Prevention. The highest death rates nationwide, have occurred in Black, Latino and Indigenous communities — and Black workers are more than twice as likely as their Caucasian counterparts to blow the whistle on acts of employer retaliation.

“That isn’t coincidental,” Martinez said. “COVID-19 is not an equal opportunity destroyer. Illegal retaliation is a problem for all workers — but especially for immigrants, non-English speakers and other vulnerable populations — Black workers, Indigenous workers, these are the folks that are working what we have now titled under this pandemic as ‘essential workers.’ They’re working the high-hazard industries. High-hazard industries have the most exposure to unsafe working conditions.”

Last month, the County of Los Angeles Board of Supervisors compelled the County Counsel and the Department of Public Health to investigate worker claims that a McDonald’s outlet in Boyle Heights intimidated and ultimately terminated employees who blew the whistle on unsafe working conditions.

Worker advocates said despite an increase in whistleblower protections, the systems safeguarding workers are weak. Whistleblowers can’t take their cases to court and they must file an OSHA complaint within 30 days of any adverse action.

After endless appeals, offending companies often escape with minuscule fines amounting to little more than a slap on the wrist. For instance, JBS Packerland’s failure to implement safety precautions against the spread of COVID-19 at its Wisconsin meatpacking plant led to more than 300 people falling ill. OSHA’s fine amounted to less than $15,000.

In 2009, President Barack Obama appointed Dr. David Michaels as the assistant secretary of Labor for Occupational Health & Safety. Michaels then went on to serve as OSHA’s longest-serving director prior to becoming a professor at the George Washington University School of Public Health in Washington, D.C.

Michaels said, “In the midst of a pandemic that has killed hundreds of workers, OSHA needs to greatly increase its efforts to defend workers who have suffered retaliation for raising safety concerns and make it well-known to the nation – employers and workers – that retaliation is illegal. Yet under Labor Secretary Gene Scalia, OSHA has done neither, and has allowed OSHA’s whistleblower protection program to remain under-staffed.”

That willful silence, according to Michaels, will have a profound impact on OSHA’s ability to execute its duty to protect American workers for many years.

“By treating these COVID-related complaints of retaliation as business as usual and making no effort to treat these cases as emergencies or even to increase staff, complainants will wait years before OSHA even gets to their cases, and OSHA will not be even less able to help future whistleblowers,” he said.